When you were released from custody, either on your “own recognizance” if it was a first-offense DUI or after posting bail, you were given a citation or you signed a promise-to-appear. Either of these will have the date and the court location where you or your Mission VIejo DUI attorney must appear. At your first court appearance, called an arraignment, the judge tells you (or your lawyer) exactly what you are being charged with. The court also provides you or your lawyer with the official charging document, called a Complaint. Also, the judge will review the amount of bail posted, if any, and determine whether it is sufficient.
At the arraignment, you or your Mission VIejo DUI attorney must enter a plea of guilty or not guilty. A plea of not guilty is almost always entered at this first court appearance. The District Attorney will provide your DUI lawyer with a copy of the police report. Your DUI lawyer will most likely serve a “discovery request” on the District Attorney for other  important evidence such as video and audio recordings, calibration records and witness 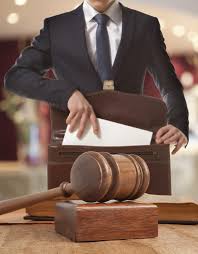 statements.
If you are being charged with felony DUI, you have the right to a “preliminary hearing” within ten days of the arraignment. This is an evidentiary hearing where the court decides if there is enough evidence to bring you to trial. The evidentiary threshold is very low. If you are out of custody your Mission VIejo DUI attorney may “waive” this ten-day requirement and set the preliminary hearing further down the road.

The arraignment is typically followed by a series of court hearings called pretrial conferences. These are usually spaced a month or so apart. During this time your Mission Viejo DUI attorney will obtain and review all the evidence the DA intends to use against you and look for grounds to bring a motion (file a written request) to have that evidence excluded. Your case may also require your Mission VIejo DUI lawyer to visit the scene of the alleged misconduct, interview witnesses and medical providers and consult with expert witnesses.
If your attorney recognizes police conduct impacting your constitutional rights, such as a search and seizure issue or the failure of police to adequately advise you of certain important rights, then your Mission VIejo DUI lawyer may file a motion to suppress the evidence. If enough evidence is suppressed the case must be dismissed.

If you are facing felony charges you have the right to a “preliminary hearing” at which the DA must produce enough evidence against you to justify prosecuting you. This hearing offers your Mission VIejo DUI lawyer a great opportunity to cross-examine the police witnesses in your case. It is also an opportunity to present evidence of any possible defenses. Also, if you have been charged with a felony but the case really isn’t too serious, your DUI attorney can petition the judge to reduce the charge to a misdemeanor. 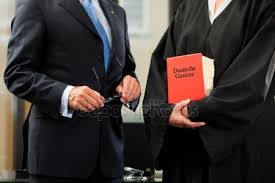 If the evidence against you appears strong, your Mission Viejo DUI defense attorney must determine if you have a possible defense. If you don’t have a viable defense, it falls on your DUI attorney to negotiate the best possible deal for you. A skilled defense attorney must be prepared to highlight the strengths of your case so that the DA would rather avoid a trial than risk seeing your attorney “pull a rabbit out of his hat” again. Your DUI attorney must also present you to the judge and DA in the best possible light. He must make sure the judge and DA are aware of any mitigating circumstances in your case. Often, the only window for the judge into your personal life is through your Mission Viejo DUI attorney. If your attorney is effective at doing these things, you’re likely to get the best possible offer from the DA or the Judge.
Finally, if jail time seems unavoidable, a capable Mission VIejo DUI lawyer will thoroughly explore sentencing options to keep you out of jail. These alternatives include home confinement, where you serve your jail sentence at home with an electronic bracelet, leaving only for work or for necessities of life. Other possibilities include community service or doing labor for Caltrans. If jail is unavoidable a judge has discretion to allow you to serve your time in a “private” jail, (“pay and stay”), where you are released for up to 12 hours a day to go to work. However, you may need a persuasive DUI attorney to get a judge to allow it.  Another possibility is to convince the judge to let you serve your jail time on the weekends–checking in Friday night and being released Sunday night. A competent DUI attorney will zealously push to get you an alternative sentencing option.

If you do have a defense or if the DA’s evidence is not very strong, and if you are not inclined to accept whatever the DA is offering, your case will go to trial. Few DUI cases make it to trial. At trial, the DA shows whatever admissible evidence they have against you to twelve ordinary citizens. The DA must prove every element of every charge against you by proof beyond a reasonable doubt, the highest evidentiary burden in law. Your Mission VIejo DUI attorney must persuasively point out the weaknesses of the DA’s case and skillfully present your defense. 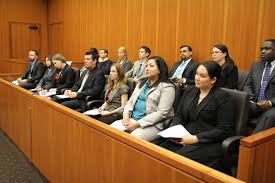 If you or a loved one is facing DUI charges, call The Law Office of EJ Stopyro at (949) 427-5110 today. We offer a free and confidential consultation with an experienced Mission Viejo DUI lawyer.