Out Of State Residents

Under the Interstate Driver’s License Compact, 45 of the 50 states have agreed to share information about DUI convictions. Thus, even if you don’t have a California driver’s license and don’t plan on ever driving in California again, a California suspension will result in a suspension in your home state. Only five states don’t participate in the Interstate Driver’s License Compact–Wisconsin, Tennessee, Georgia, Massachusetts, and Michigan.
Also, if you don’t resolve the mater in court, an arrest warrant will be issued and will remain in effect until you 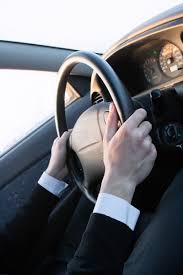 appear in court. This warrant will show up on most background checks and could result in extradition in serious cases.
In California, most DUI cases are charged as misdemeanor offenses. This means that a Mission Viejo DUI attorney can appear in court on your behalf, without you being there. Your Mission Viejo DUI lawyer can also appear at the DMV hearing on your behalf. If your testimony is needed at the DMV hearing, your Mission Viejo DUI attorney can arrange for you to give testimony over the phone.
Hiring a local Mission Viejo DUI attorney to handle your case in court and at the DMV can save you substantial sums of money in travel expenses, lodging and time away from work. Moreover, it will give you peace of mind to get the matter cleared up so you can get on with your life. If your DUI arrest occurred in another city in Orange County, you will definitely want to contact a Newport Beach DUI defense lawyer, Huntington Beach DUI attorney, Fullerton DUI defense attorney, Orange DUI lawyer, San Juan Capistrano DUI attorney or Irvine DUI lawyer.

If you would like an experienced Mission Viejo DUI Attorney to appear in the California court and DMV to handle your case, call The Law Office of EJ Stopyro at (949) 278-6353. We offer a free telephonic case review and consultation.